Do You Have A Commercial Painting Project We Can Help With?

Get a Quote
JOIN OUR TEAM

Apex Painting and Decorating is a family-owned business in Conyers, Georgia. It was originally founded by Ronnie and Marilyn Nail in 1985, so the company boasts of more than 35 years of experience. Today, this family-operated business is a completely female-owned company. It is run by the next generation of the family. With Vicky Peppers and Jeana Arthur leading the way, Apex is ready for new achievements and growth during the next stage of its existence.

Before he formed Apex, Ronnie began his career with Goodman Decorating and Campbell Decorating. These union companies provided him with an early experience in the industry, but the union ended up going on strike during the summer of 1984. Since the strike looked like it was going to keep going for more than a couple of weeks, Marilyn suggested that it was time to start a new business. Despite having two young daughters under the age of 10 and little money, the Nails decided to strike out on their own.

Ronnie quickly made contacts with clients in the industry and started doing commercial painting projects. In October of 1984, Ronnie was approached by his friend Ned Skinner about combining their businesses together. Skinner & Nail Painting lasted for a year before the pair decided to dissolve their joint partnership. As a result, Ronnie Nail Painting & Decorating was formed in October of 1985.

With Marilyn serving as the secretary and accounts manager, the business began. While Ronnie handled the painting, Marilyn learned about blueprints and became an estimator. The business was small at first, but it gradually began to grow larger. The Nail family was awarded jobs worth $500 to $3,000 at a time, but there was still a constant worry that there would not be enough money to pay employees and cover supply costs. Ronnie hated having to lay off workers, so they tried to keep the painters busy as much as possible.

From the beginning, customers loved working with Ronnie since he was was honest and straightforward. Even if he ended up losing money on a job, he would still complete it for the same price he had originally quoted to the customer. Thanks to his personality and dry sense of humor, customers enjoyed being around him.

Humor was an asset for Ronnie when times got rough. In one particular incident, the business was unable to meet its payroll. Ronnie asked Marilyn to call a customer who had a bill due in another week. After she explained the circumstances, the customer asked for Ronnie to visit his building that afternoon. The customer owned a parking lot, so Ronnie came home with an envelope full of small bills. As they began putting the payroll together on the table, Ronnie and Marilyn laughed to see the hundreds of small bills piled up for each worker.

No matter what happened, Ronnie would always go the extra mile for his customers. Clients knew he would do this and enjoyed working with him. When Apex Painting and Decorating needed help from its customers, they were there for the business in return.

The Business Passes to the Next Generation

When Vicky was in high school, she began working for McDonald’s and Macy’s. Jeana began working for the company in 1988. By this point, the business had grown from the family’s kitchen table to Marilyn’s sewing room. The business kept growing, and there was not enough space for all of the paperwork and blueprints. Finally, the company decided to move into an office building.

In October of 1990, the family business began renting an office space on Decatur’s Park Central Road. By this point, the business needed an update to its name. Fingernail painting was becoming popular, and the family’s name caused confusion among prospective clients. The business kept getting calls about booking manicures. Previously, Marilyn’s father had worked for Apex Sheet Metal. She had worked for Apex Products. Since both companies had done well, she suggested that they name their business Apex as well.

By this point, both daughters were working in the family business. Jeana worked in the field with Ronnie. Meanwhile, Vicky worked in the office with Marilyn.

While Ronnie had only graduated from middle school, he was a clear example of how someone can use their natural intelligence and work ethic to achieve great things. Ronnie had poor reading skills, and he struggled to write things down as he walked a customer through a potential job. Because of these problems, Ronnie became talented at tracking everything in his head. As soon as he got to his truck, he would call Marilyn and have her write it all down. Over the years, he hired tutors to help him gain confidence with reading and writing.

In October of 1995, the company downsized and returned to the family’s sewing room. Jeana ended up working for Duron for a while, and Vicky began working for Outback Steakhouse. A year later, the family decided that the sewing room was not going to work anymore. In September of 1996, they decided to find an office space again.

Apex found a warehouse office in Conyers that would work as their new headquarters. Vicky returned to the family business, but Jeana had recently married and moved to Greensboro, Georgia. Soon, the business began to grow and prosper again. The family persevered, and they have never looked back.

Then, the family received the worst news possible. Ronnie was diagnosed with cancer. In March of 1998, he ended up going through his first major surgery. He was hospitalized for the following 12 days, and Marilyn stayed with him continuously. Vicky was left to manage the business on her own. Each day, she would bring blueprints to the intensive care unit to go over them with her mother.

Over the next four years, Ronnie went through three smaller surgeries for cancer. To the people around him, his strength and forbearance were truly remarkable. He would finish radiation treatment in the morning and immediately leave for the job site. After six weeks of radiation treatment, his doctor told him he could go back to work. To the doctor’s surprise, Ronnie told him that he had been working the entire time because no one had ever told him that he had to stop.

Jeana and her husband ended up moving back to Conyers to work with Apex. With the younger generation in charge of the business, it began to grow rapidly. They needed additional space, so they moved the company to a bigger building on the other side of the parking lot. Ronnie was able to watch the business grow. It was with great pride that he saw his children succeed in the industry.

Unfortunately, Ronnie ended up passing away in July of 2002. His passing was a terrible loss for everyone who knew him. Since that difficult tragedy, his daughters have managed to exceed their father’s dream. Now, the commercial painting business owns its own building and is a multi-million company.

Despite its impressive growth, Apex has continued its founder’s original commitment to quality workmanship and customer satisfaction. Apex has a reputation for job safety and efficiency. No matter how large or small the project is, Apex’s team completes each job on time and within the budget. 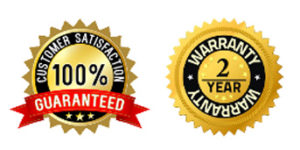 We have developed relationships with our partners and know we are getting excellent products at the best possible price.
We also have access to design experts to advise us on complex solutions.

Get A Quote Today

We value at our very core being Exceptional,
Efficient and Exceeding Expectations